from Last Run by The Rebel Spell 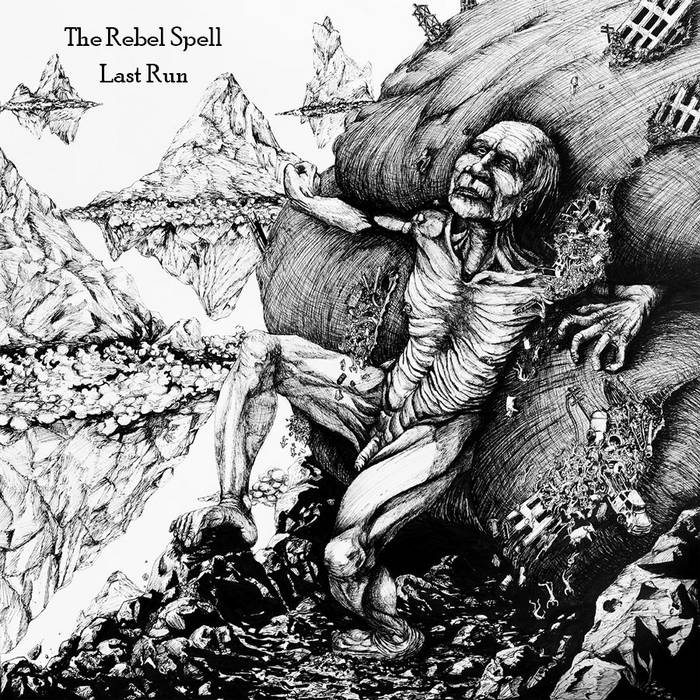 In 1863 the road builders came
To the Tsilhqot’in Plateau at the head of a wave
Of Empire spreading like a treacherous disease
To build a road from the ocean to the Cariboo Gold Fields
Hundreds of Tsilhqot’in had already died
Of smallpox brought by the European tide
Now came the road crews pushing through their land
threatened with disease, it was time to take a stand

Annihilation on its way
The Crown will take and take and take
Guerrilla war up in the hills
No choices left, our fight we make

Dealt this hand they had to stand. Would you stand? I would stand. Backs to the mountains their place to be but no space for this new enemy

By the spring of 1864 the pattern was clear:
They bring smallpox and rape and take by murder, theft and fear
So Klatsassin and a band of Tsilhqot’in warriors
Ambushed the invaders on the banks of the Homathco
‘Kill the head and the body will die’
14 whites dead beneath the undulating skies
Klatsassin saw it as the start of a war
The Crown sent a militia in to even the score

Annihilation on its way
The Crown will take and take and take
Guerilla war up in the hills
No choices left, our fight we make

To Klatsassin it was war, to the Crown they were criminals the militia couldn’t catch them, way up there in the hills
So the Crown brought in a tracker named Donald McLean who’d killed elders and babies in the course of his days as a frontier mercenary working the fur trade
the Tsilhqot’in knew him by his bayonet blade he struck out on his own and the warriors shot him down
A last insult to the Crown and the Uprising was over

They were tricked into surrender with the promise of peace talks. A trap: they were arrested and The Hanging Judge Begbie tried them in Quesnel where they were hanged as criminals but it was another 100 years before the road was even built
The Tsilhqot’in never ceded and this fight will never end
It’s a legacy of struggle and what it means to stand

Climb the gallows, take the blame
His name means “We Don’t Know His Name”
Klatsassin’s last words:
“We meant war not murder”

“We meant war not murder”

Bandcamp Daily  your guide to the world of Bandcamp